How Plastic Is Detrimental To The Environment

It’s no surprise that plastic pollution is a reality. As more and more information is expected to pour in about this ever-growing crisis, all roads seem to lead to the usage of disposable single-use plastics. It was reported that in 2016, people had consumed 400 billion plastic water bottles worldwide – that’s equivalent to 1 million plastic water bottles per minute, or 20,000 bottles per second. And guess how much plastic is “recycled,” and how much is sent to landfills:

Plastic is bad for the environment, because it can take over 400 years for plastic water bottles to biodegrade. In fact, microplastics (or, tiny plastic particles) breakdown and embed themselves in our food chain, as they’re eaten by larger (and endangered) marine ecosystems – and when we consume marine life, those particles will affect our health as well. Despite their overall convenience – especially in rural areas – plastic bottles gone unchecked by government has led to the proliferation of plastic disposables, thus making it a multimillion-dollar business for many companies in the last 6 decades. This overconsumption of plastic has led to the following:

With alarming new statistics coming in every day, we’ll spotlight the issue with a comprehensive overview about the environmental impact of plastic water bottles, and what we can do to reduce the amount of plastic that sneaks into the environment.

“The Great Pacific Garbage Patch – or GPGP – is, by far, the largest accumulation of ocean plastic in the world, located between Hawaii and California,” says Jaclyn Cho, an ecology writer at Writinity and Last minute writing. “This has been a crisis that has caught the attention of many scientists and environmentalists, including The Ocean Cleanup initiative, which has conducted the most extensive analysis in this area.”

As we venture further on this topic, we will show you The Ocean Cleanup’s findings on the matter.

Annually, 1.15 to 2.41 million tons of plastic are entering the ocean from rivers. More egregiously, more than half of this plastic won’t sink once it encounters the sea. As they remain on the ocean’s surface, and enter the gyre, they won’t leave the area until they eventually degrade into smaller microplastics under the effects of sun, waves, and marine life. As a result, the GPGP will only increase in size – a surface area of around 1.6 million square kilometers (twice the size of Texas, or three times that of France).

The size measurement was the direct result of having a fleet of 30 boats, 652 surface nets, and two flights over the patch as a way to gather aerial imagery of the debris. Sampling at different locations within the same time period allowed a more accurate estimate of the patch size, as well as the plastic drifting in it.

The measurement also takes into account the location of the GPGP (constantly evolving). By simulating concentration levels in the North Pacific, researchers could follow the location of the patch, demonstrating significant seasonal and interannual variations. The patch, on average, orbits around 32°N and 145°W. However, there was a seasonal shift from west to east, and substantial variations in latitude (North to South), which depended on the year.

HOW MUCH PLASTIC FLOATS IN THE GPGP?

The water bottle industry is a booming business, with over 1,500 plastic water bottles being used every second in the United States alone, making the country the biggest bottled water market in the world, thanks to commercial tactics from the following companies:

However, this multimillion-dollar industry is selling out at the expense of the environment. At the time of sampling, there were more than 1.8 trillion pieces of plastic in the GPGP that weigh an estimated 80,000 tons, which is greater than previous calculations.

The mass of the plastic in the GPGP was estimated to be approximately 80,000 tons (4 to 16 times more than previous calculations) – that’s like measuring 500 Jumbo Jets together. The center of the patch has the highest density, while the further boundaries are the least dense. If the less-dense outer region is considered in the total estimate, the total mass would be closer to 100,000 tons. As for the plastic itself, 1.8 trillion total plastic pieces were floating in the patch – that’s equivalent to 250 pieces of debris for every human in the world.

As for the concentration from the GPGP, the center concentration levels contain the highest density, reaching 100s of kg/km² while decreasing to 10 kg/km² in the outermost region, thus proving that plastic pollution at sea is scattered – and NOT forming a solid mass – thus disproving the “trash island” myth.

Next, vertical distribution was measured during six expeditions conducted between 2013 to 2015. As a result, it was determined that the buoyant plastic mass is distributed within the top few meters of the ocean through the following factors:

While buoyant plastic would eventually float back to the surface in calmer seas, larger pieces will resurface more rapidly than smaller pieces.

It’s important to note that The Ocean Cleanup initiative has conducted their research since the 1970s, showing that overtime plastic has the capacity to persist in the GPGP, and that microplastic mass concentration is increasing exponentially, thus proving that the input of plastic in the patch is greater than the output, and will continue to rise.

TYPES OF PLASTIC FLOATING IN THE GPGP

Much of the plastic retrieved were made of rigid or hard polyethylene (PE) or polypropylene (PP). Others were from derelict fishing gear (i.e. nets and ropes) – big or small.

Plastic within the patch was categorized into four different size classes:

The total mass – 92% of the debris – found in the patch consists of objects larger than 0.5 cm, while three-quarters of the total mass is made of macro- and mega plastic. However, for object count, 94% of the total is microplastics.

The collected plastics were classified into four different types:

Screenings for clues on age and origin were done by examining each object for the following:

Since plastic will eventually deteriorate into microplastics (as a result of sun exposure, waves, marine life, and temperature changes), scientists are focusing more on plastic in their larger stage. If a large piece of plastic becomes small, then the microplastics that take its place later on will be very difficult to remove, and will often be mistaken for food by marine animals.

EFFECTS ON MARINE LIFE AND HUMANS

The plastic pollution from the GPGP affects the health of both marine life and humans in the following ways:

Plastic tends to have sizes and colors that have animals confuse them for food. When ingested, the affected animal will grow malnourished. Or, if entangled in plastic, marine life can be strangled to death. So, it’s not surprising that over 700 species have encountered marine debris, and 92% of such interactions are with plastic, with 17% of the affected species are on the International Union for Conservation of Nature (IUCN) Red List of Threatened Species. Plus, discarded nets (or “ghost nets”) can pop up out of nowhere and entangle creatures.

When plastic enters the marine food web, contamination in seafood may occur. Chances are, the fish that you eat had originally swallowed and ingested a certain amount of plastic in the ocean. And, if fish are deemed unsafe due to plastic contamination, then that can hurt industries such as:

HOW THE OCEAN CLEANUP CONDUCT ITS RESEARCH

“The Ocean Cleanup had made it its one mission – or, so to speak, several research missions – to travel across and above the GPGP to compile an unprecedented amount of data,” says Reggie Paige, a green living blogger at Draft beyond and Research papers UK. “These missions were executed as a way to better understand the plastic that persists in the region, and what the patch is doing to affect the environment.”

Since their inquiries started in the 1970’s, scientists have done more than collecting small samples from the GPGP. In fact, they’ve gone as far as getting the entire scope of the GPGP.

Over the course of 3 years, researchers at The Ocean Cleanup went on several data collection missions to learn more about the GPGP. Such missions include:

The Ocean Cleanup then brought the plastic back to the Netherlands, where they were counted, classified, and analyzed. Here’s how it commenced:

While following a simple “reduce, reuse, recycle” lifestyle is beneficial for you and society, it doesn’t just mean that you’re actively saving the environment; it also means that you’re saving money using reusable bottles. Moreover, you’re free to go the extra mile to ensure that any plastic you find and use is being recycled FOR SURE. Also, be sure to do your research on what’s more beneficial for the environment, when it comes to cleaner consumable water – avoid any large organizational propaganda. Finally, don’t be afraid to spread the word on GPGP impacting the environment.

Ashley Halsey is a writer and editor at Business assignments and Gum essays. As a professional writer, she has been involved in many writing projects throughout the country. In her spare time, she enjoys reading and traveling with her two children.

7 Ways To Conserve Water Every RV Owner Should Know﻿ Guest Post: How To Start A RV Life And Work Remotely?

7 Ways To Conserve Water Every RV Owner Should Know﻿ 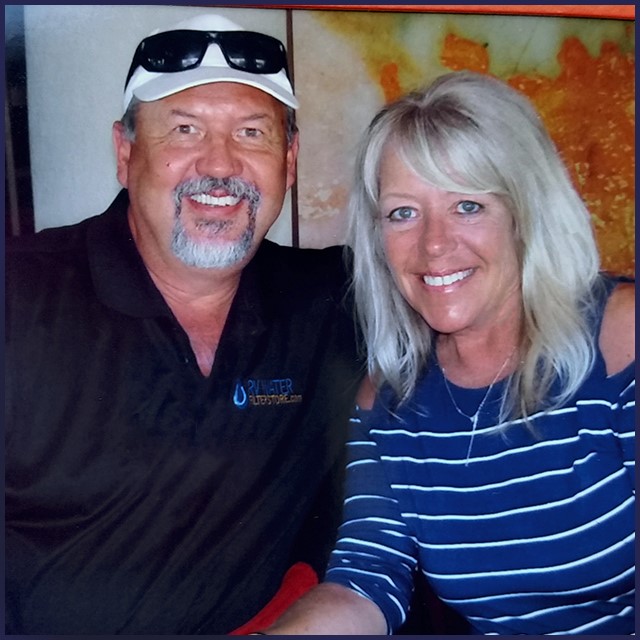